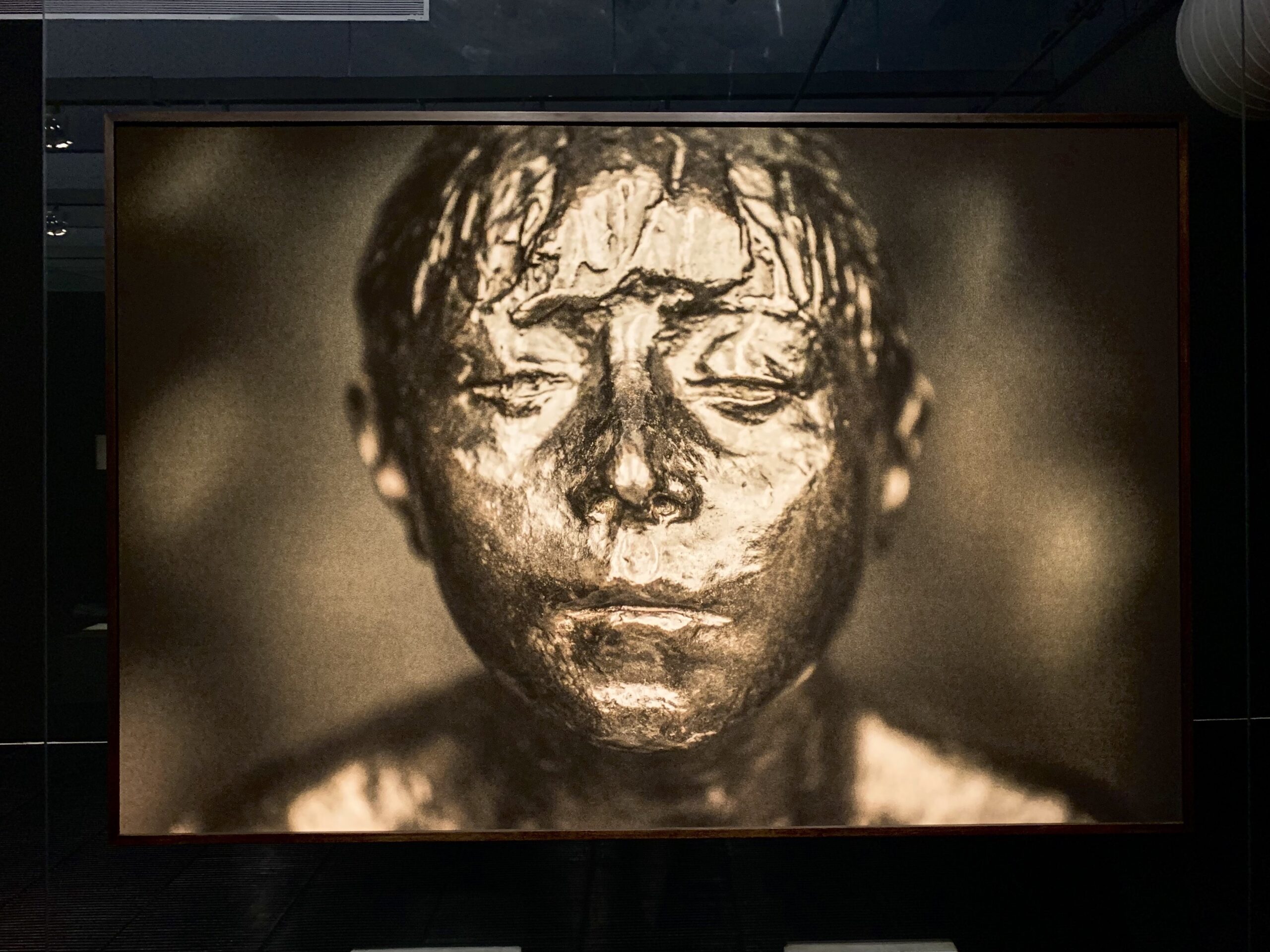 Ballet is a cruel art, not much less crueler now than what it was in Belle Époque Paris, but art nonetheless, and terribly inspiring as such. At the beginning of June, I went to see the Degas exhibition at the Museum of Art of São Paulo. The MASP has one of the largest collections of Degas sculptures in the world, paralleled only by the likes of the Musée d’Orsay or the Met, and I grew up knowing the ballerinas, admiring them, or knowing that I should. But they were also just there, and nobody asked me to think critically about them.

In a way, they’ve always felt like they belonged to us — to São Paulo, to Brazilians. They’ve always been at the MASP; Degas, Cândido Portinari, and Tarsila do Amaral claim the front pages of  museum brochures and tourism guides alike. But without recontextualization, there’s no onus to be placed on criticism. If anything, the museum shows an oversimplified reverence when displaying Degas works in Brazil without accompanying commentary or context.

This isn’t a new phenomenon, and I’ll tell you why: In terms of collective culture, Brazilians are the worst at realizing their own significance. Brazilian sociologist Sérgio Buarque de Holanda called this our most fateful characteristic: We are the cordial men. I, however, see it also as part of our complexo de vira lata (a mutt-dog complex). We look at everything from the Global North as belonging to the all-mighty, and regard everything that comes from the South with a grain of salt. I worked with this idea on my thesis at NYU: This phenomenon means we as culture beings and critics cannot allow opportunities for criticism to pass by, unnoticed, within our reverential spaces of high culture.

This exhibition did manage to feel meaningfully connected to Brazilian culture, however, despite its origins in Belle Époque French. We have the show’s curatorial structure to thank: Degas was forced to share the stage with a Brazilian artist, Sofia Borges, who had intimate access to the collection of ballerinas for a whole year, and created a series of photographs that are exhibited side-by-side with the sculptures.

Borges’ photos are a modern magnification of the sculptures. Whatever is latent in the bronze flames stoically in the photography. For “Little Dancer Aged Fourteen,” snapped in profile, she appears à la séconde, in the second position, but holding her hands behind her back. Beside her, Borges’ camera captures the dancer’s own reflection in the glass, or maybe her partner. They’re waiting for practice to start, for the teacher to arrive, or the curtains to open. It extracts the art out of the mundane, much like other works that make up Degas oeuvre: his immortalization of such secular habits as the putting on of a sock, the less than hygienic bathing ritual of the Belle Époque, or the tying of laces.

A snapshot of Little Dancer’s face reveals her dead-set eyes, her generic features. Seeing her so closely now, she may as well have been faceless, or masked. Notably, she lacks a smile, a feature we so intrinsically associate with children. It made me think of the pains, which, as muse or artist, sculptor, dancer or photographer, we undergo for the eliciting of feelings, of empathy in the Other. Through Borges’ photography, we can now see these so clearly evoked in the hapless visage of Little Dancer, when before, perhaps, we may have ignored them.

I remember reading Siobhan Burke’s 2017 piece for the New York Times, “No More Gang Rape Scenes in Ballet, Please,” and though it speaks to a reality quite different than the one evoked in Degas’ sculptures, it still  touches on an ever pernicious point taped to the underbelly of ballet: The female form is most often the object of gazing—Little Dancer herself, the real one, was a prostitute as well as a ballerina, not just to make ends meet, but because the two went hand in hand at the Parisian Opéra.

Perhaps there is something to be said about Degas’ own breaking of social norms back in the 19th century—in light of the ballet’s aforementioned reputation, painting underage ballerinas wasn’t exactly “respectable” business—but adding a new layer of perspective to Degas’ work seems like a step in the right direction today, towards the more critical world Burke calls for in her piece. And this is not a new idea. A rewriting of the art historical canon has been rocking the art world for years now, from reckonings with the “exotic” gaze and subject matter of Gauguin to careful reconsiderations of the sexually charged performances of Nam June Paik.

I went with a friend to the exhibition, perhaps as an excuse to hang out in a São Paulo still rocked by COVID and, with slow vaccination rates, blanketed in much anxiety. In the less than crowded, silent room at the MASP, we overheard a couple beside us:

“Do you know how much the dancers suffer?”

“Have you seen their feet?”

“And such short careers.”

I, too, enjoy going to the ballet. I feel a measure of awe there that is perhaps only matched when I attend a live sporting event. And maybe because I identified as an athlete throughout my life I can, without much strain, accept the pains dancers undergo — the brevity of their careers, the suffering for one’s art. It’s the same for competitive athletes, yet we don’t ask the same questions there. We would do well to admire dancers like we do competitors, and vice-versa, with the same empathy. The sacrifice is the same. Most of the time, however, we are left with appreciation that turns to voyeurism instead of deification, fetish instead of idolatry, and, especially given the young age of Degas’ ballet dancers, a gaze that is often perverted.

Borges tackles this perversion face-on in a picture of two dancers that are moving as if looking at themselves in the mirror, perfectly in time. In their movements, they converge into budding shapes, but there’s space in between. Their figures elicit a connection—black&white, almost eliciting yin-yang—but never truly meet. I could make an analogy to lockdown and the pandemic, though I reckon that’d be rather cheap and might blur the timelessness of Borges’ photographs. Her ability to communicate the sumptuous glisten of the bodies, enhancing their individual curves, and the ensuing sensuality, forces you to reconsider your own gazing, asking why could we ever sensualize the form of these girls cast in bronze.

Perhaps there is still another way of reassessing these works, because Latin American authors have always been so skilled at blending the sinful with the holy in nuanced ways. There’s a passage from “100 years of Solitude,” about Remedios Moscote, the wife of Colonel Buendía, married at the age of 12, and her struggle in dealing with the life she was thrust upon, the rituals of a woman she wasn’t yet herself. Sadly perhaps, Remedios eventually found her way, lent a semblance of meaning to her living, and discovered love through innocence in the most mundane rituals of her day, in the fleshy ones too, in the wholesome and the tragic. And it is tragedy that Márquez describes, though mired in empathy, there is also beauty there, an honesty that great artists so selflessly evoke.

In the black walls and under the dim lighting where they are exhibited, Degas’ sculptures and Borges’ photos acquire sharper contrasts and a more naturalistic vibe. Through Borges’ fresh eyes, Degas’ fingerprinted textural style is evoked into a feeling of rawness that enhances the grittiness of the pieces and dampens their sensuality.

As the light reflects off the bronze, the earthly coloration engenders the feeling of dirt, of shapes emerging from mud, of pieces in constant creation and transformation, and there is less finality to the ballerinas at the MASP today. They exist continuously as workings in the mud, still pliable art, which, under the inspiration of contemporary artists, can be recontextualized with the times.

Francisco Attié (@fran_attie) is a writer born in São Paulo. He has been published in Berlin, London and New York. Graduate of NYU, his thesis was about colonial trauma and foundational literature in Brazil. His short story, “O Evangelho do Diabo”, will be published in three parts in the upcoming editions of Mixed Mag. Digs movies and music.