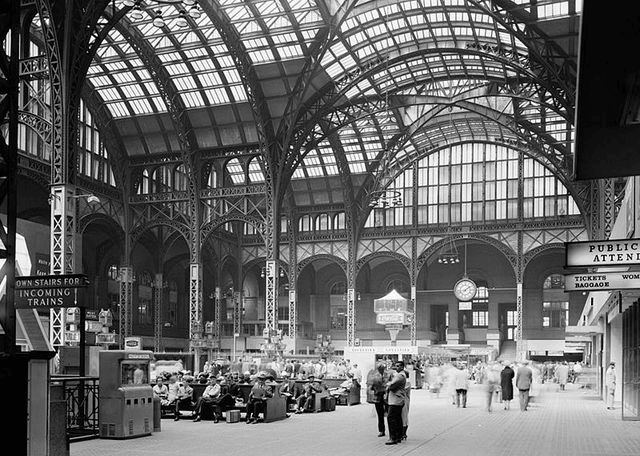 It seems this month has brought a spat of non-niche architectural news to the fore of public discourse. With way more tabs than I felt comfortable with lined up, I focused particularly on the announcement of this year’s (delayed) Serpentine Gallery commission — one of the most prestigious in the design world — and the controversial opening of New York City’s Moynihan Train Hall. The two stories, however, represent more binary extremes like we’ve seen throughout the past year: the young, Hijab-sporting Sumayya Vally is the founder of counterSpace, a hyper-local Joburg studio. She’s using research- and theory-based design thinking to influence a greater experience of cities, a reversal of the profession that more and more emerging designers are embracing, rather than erecting buildings for sale or service.

Amidst this future-focused changemaker we have also seen, however, the opening of a revamped Neoclassicism at Moynihan Train Hall in New York City, a concerted jump back into the past, probing for old glory. Despite this friction, both graced front page news with relative neutrality: this centrist feel of acceptance seems indicative of the reasons both have such roles in forming current architectural discourse, while the extremes of the content resonate all-too well with a politically divided nation.

That perennial question is also on my tongue as I peruse the praise of Moynihan — truly just a train hall, not a station, as the Penn Station tracks and trains it serves remain untouched on the other side of 8th Avenue. And therein lies the problem, really. A vain, public-private partnership attempt to “revitalize” Midtown’s only existing piece of Neoclassical architecture (The Post Office was built just two years after the original Penn Station, and in the same style) cannot recreate a lofted, Gilded Age transit experience when the trains aren’t only not present, but most of the building is leased to Facebook. Ah, and that tradeoff makes the entire slogan, “New York, This is For You,” ring so hollow. Yes New York, 40% is for you. The rest for Big Tech. Sorry, it’s the best we could do.

As announced last week, however, as a part of Cuomo’s ambitious Midtown West master plan (the largest and most ambitious in the nation, actually, and ever) the keystone is the Empire Station, a new ground-up transit hub set to move south of the existing Penn Station, to be eventually demolished (thank god). Renderings of this space may offer a glimpse into surely welcome changes for Penn Station commuters — abundant natural light from clerestory skylights, plants, modern chrome and ceramic finishes — but it’s far from revolutionary. It actually looks like a slightly expanded version of what we’ve already seen in the new LGA terminal in Queens: The same silvery cut-out frames and bubble letters that bring air travelers to Shake Shack are here, too.

If everything in New York’s Big Modernizing plan looks the same, what does that mean for our future as dwellers in this city? The bar set by MSG Penn was low. People may be instantaneously appeased by literally any access to light and air in a station after years of rat tunneling, and understandably so. I think of FLW’s tactic of squeezing visitors through the darkest, lowest, and most hidden of entrances, just to elevate them next into a lofted light-filled great room, and how successful it was, and is. But a project of this scale and ambition, and within a city revered for art and cultural excellence, deserves a place representative of these legacies as well as the current energies. Two-dimensional, shiny, wipeable surfaces and more Glassy Facades definitely doesn’t support architectural theories about placemaking in cities. Much of contemporary architecture, new Penn included, makes visitors feel as if they could be anywhere in the world, a homogeneity that springs from developers seeking low-risk, high-reward design concepts that have already been tried and true. Innovation and risk do not mix. But New York needs, and deserves, innovation.

But how can we grasp with any hope of achieving a showstopper “signature project” goal, to use Cuomo’s words, if we’re recycling old design ideas? If we’re held up at gunpoint by private partnerships that aren’t interested in innovation, only square footage? In other words, where is there room for art and a process for bespoke placemaking? Surely there should be, in the heart of Manhattan. This myth is written in its DNA, and a large reason people still move here, come here, and find themselves looking around not in awe, but in confusion. I don’t think the design soul of Manhattan, or even more locally, of the West Side, lies in the iconographies of LGA’s Terminal B. I think it lies in the majesty of the Hudson River, for example. Or the legacy of the Garment District, the Depression-defying construction of the Empire State Building just blocks away. This melange offers possibilities to address the design of the working class, the natural elements that shape this island, and the long-lasting legacy of the Art Deco in American skyscrapers. But I digress.

Cuomo’s title for his State of the State address, where he rolled out this ambitious plan, was “Reimagine | Rebuild | Renew.” Even in the wake of COVID, and despite calls for a Green New Deal and cuts in almost every sector, our systemic handicap is that capitalist institutions and governments cannot recognize progress without Shiny, New, Taller, Bigger. Those in decision-making positions still have no conception of de-growth, reuse, or adaptability as markers of intelligent design evolution. Developers build for the simple reason that if they don’t, they don’t get paid. But what New York may really need, particularly in the wake of the COVID pandemic, is an architectural strategy akin to Vally’s. Projects, particularly the flawed God-logic of city masterplans, take years of planning and execution, so the founding idea or principle must be sound, relevant, and valuable far past its origin date.

New York clearly isn’t going to need more office space for a while. What we need is a human-centric plan, steeped in research and analysis of the post-pandemic city dweller, their body, and their economic and emotional needs that look much, much different than they did in 2019. While we used to collectively lament the pains of a crowded 6 train, I still have yet to see a subway with no empty seats. However, now I walk every day, and have gone to the park for picnics more than I did in 2016-2019 combined. There’s been a major shift in urban values, and architecture informed by the needs and potentialities of space, movement, and inclusion is urgent. Our cities deserve innovative, prideful design that goes beyond the developer’s toolkit of glass boxes. But while we’re at it, no one will lament Madison Square Garden, really.