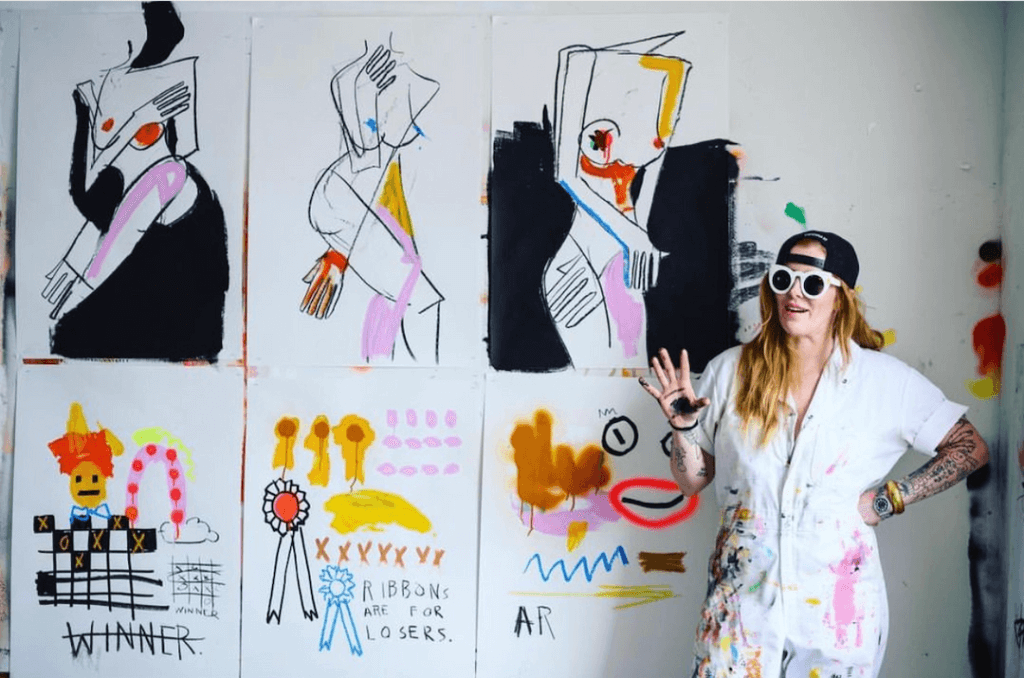 The facade of Frances Berry Moreno’s midtown Memphis studio, which she shares with artist Stacy Kiehl, is hard to miss. What used to be a large restaurant supply store is now an artist’s haven, resplendent with color and gutted to make space for large-scale works that comprise most of Moreno’s practice. Since moving into the building in late May of this year, Moreno and Kiehl have already transformed this cold, white-walled behemoth into a bright, whimsical, and punk-infused workspace that stands out in an otherwise muted landscape.

Wildly colorful murals adorn the exterior of the building, showcasing the kind of energy that holds the space together. The designs are a collaborative work-in-progress between Moreno and Kiehl. On one side we see a gargantuan skull against a lime green striped background, floating menacingly amid a field of daisies; this bodiless character dons a red hat, and has bulging, cigarette-shaped pupils whose eyeballs pop out of their sockets. It leers hungrily to its left as two pink hands reach out from around the building, seemingly mid-grasp. On another wall, nestled between two windows, a black and white tiger/cat that resembles a Maneki Neko cat—a frequent motif found in Kiehl’s work—smiles straight ahead, baring a sharp set of white teeth. It’s a little scary, yes, but mostly alluring and comical. It’s hard to imagine someone glancing at the building without making a double-take. These high contrast, colossal characters command our attention, pique our curiosity, and make us hungry to know: what the hell is going on in there?

“This studio is super new for us,” Frances tells me, carrying our conversation outside. “I used to work right next door in a small studio, behind this vintage shop.” Frances switches her camera around to show me the surrounding buildings, all nondescript and shrouded in the blanket of night. Turning the camera back to her face, Frances continues explaining the serendipitous process of acquiring the studio, and how the owner of the building was eager to transform his commercial space into an artist-run operation.

Besides Frances’ studio and a ceramic studio located across the street, there isn’t much in the way of an arts community in the midtown area. “There aren’t enough of us to be considered an arts district,” Frances says, describing the lack of an artist locus. She also mentions the “sketchiness” too often designated to the area that draws people away. As for the larger Memphis region, Frances doesn’t see much of an art scene there either—at least, not a cohesive one. Yet she does not consider this to be a bad thing. “I love it,” she tells me, extolling the rough, do-it-yourself grit that keeps the local arts community from atrophying into the white cube industry of asset-focused art collecting and hoarded wealth that drives the “culture” of larger cities. For Frances, Memphis has allowed her to explore artmaking in a fun and meaningful way. There is a certain freedom in the way she describes her practice in the context of her local community, that allows her to float between, in, and out of scenes, cobbling together her own ragtag group of creative practitioners who immerse themselves in their passions. Memphis is the largest city in Tennessee, and is located on Chickasaw land situated on the banks of the Mississippi River. Known for being the fountainhead of blues and rock-and-roll, as well as for its rich civil rights history—such as the historic Beale Street in downtown Memphis that has been a hub of African-American culture for over a century, and the Mason Temple Church of God in Christ where Rev. Martin Luther King, Jr. gave his “Mountaintop” speech the night before his assasination—Memphis sustains a diverse community rooted in creativity. As real estate magnate Henry Turley summed up in an interview with the Smithsonian Magazine, “there aren’t so many social pressures to behave a certain way. In Memphis you can do any goddamned crazy thing you want to do.” 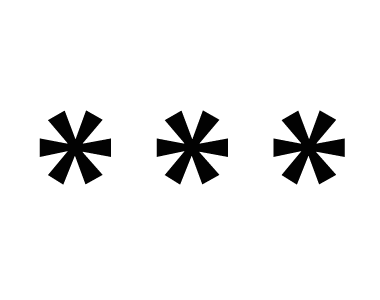 If anyone wholly embodies the wild spirit of Memphis in both life and art, it would be Frances. With long red hair matching her fiery personality, Frances carries herself high, exuding a strength hewn from years of self-discovery. The night we spoke she was wearing paint-smeared pinstripe Dickie’s coveralls and a baseball cap emblazoned with a large, white “M” on the front. Her hair was pulled back in a ponytail and her sleeves were rolled up, revealing a medley of tattoos spread across both arms. Frances’ visage typified the look of today’s young contemporary painter: comfortably disheveled, functionally chic. Ready to paint at a moment’s notice.

As Frances traipsed around the shared studio space, leading my cyborg self through a quick yet thorough tour of every colorfully patterned nook and cranny, I picked up on the homey vibe of the place. There was a lot going on: Stacy and another artist were assembling wooden craft airplanes at a table, and at one point began launching the planes through the air. Little projectiles began cutting through the frame throughout our conversation, and banter inevitably ensued.

On one side of the wide open space was a couch and coffee table. Directly behind the couch were strings of orange and yellow pom-pom balls decorating the wall. Strewn about were various pieces of furniture, funky lamps, bookshelves filled with tchotchkes, flat filing cabinets, and several carts packed with tubs of paint in varying sizes. Almost every wall is a different color or pattern. Amongst all of this was, of course, an abundance of old and new artworks. One of my favorites was a bubblegum pink telephone made of flat wood pieces that hung on a pillar towards the center of the space. On a personal note, non-functional art objects cosplaying as functional home appliances are definitely in my top ten favorite art motifs.

The studio, though busy, is not so much chaotic as it is familial. Even through Facetime I could feel the warmth of the room, the pulsing energy that fuels the whimsy and proliferation of new work. Usually, Facetime calls with people I haven’t met yet are awkward, slow, and punctuated with uncomfortable pauses. This was not the case with Frances. We immediately plunged into conversation, and she was quick to open up to me about her life, tracing the history of her artistic career from graphic designer, to photographer, and eventually to painter. Frances’ path to becoming the artist she is today was not an easy one.

“There’s a disconnect between my mind and my body,” Frances tells me. Her artistic practice has been vital in coming into herself, and the subject of her work is often a reflection of the process of working through herself.

At one point, Frances set me down on a table across from a wall on which finished works were leaning, and where a large swath of unstretched canvas hung, waiting to be painted. After chatting for a bit, Frances decided to show me her approach to painting, rather than just explaining it in words. “I never have a plan,” she said as she sifted through her materials. Frances shifted the phone slightly to face the blank canvas, grabbed a piece of charcoal, and began drawing the contours of a contorted female figure.

Frances works quickly. She channels her energy directly onto the surface, letting thoughts and ideas swirl around her like a tornado. This method effects an ephemeral quality to her work that subsequently imbues a liveliness in the painting, reflecting the ever-moving, prismatic, and urgent qualities of human life. Although Frances has tackled a broad range of subjects—she is regularly commissioned to design murals for different businesses, such as this indoor skatepark at Society Skatepark and Coffee in Memphis, and this mural for L&L Marketplace—the female nude comes up again and again in Frances’ oeuvre. “I always go back to naked ladies,” she tells me.

Many of Frances’ “naked ladies” are drawn in rough outlines, are often headless, and almost always faceless. There is a breathiness to their forms; although their scale and broad lines are reminiscent of Willem de Kooning’s Women series, Moreno’s women are less heavy, not clotted with violent strokes or muddy colors. Frances is generous with white space. As she situates her figure on the canvas, she cements its presence while also leaving space for movement. Sitting behind my screen, I feel as though I am witnessing a performance. Frances moves her body in alignment with her subject’s gestures, choreographing a dance to some secret rhythm that, though it eludes me, lulls me deeper into the ballet of the artist at work.