Changing the face of public art: Tara DePorte and the Creative Climate Awards 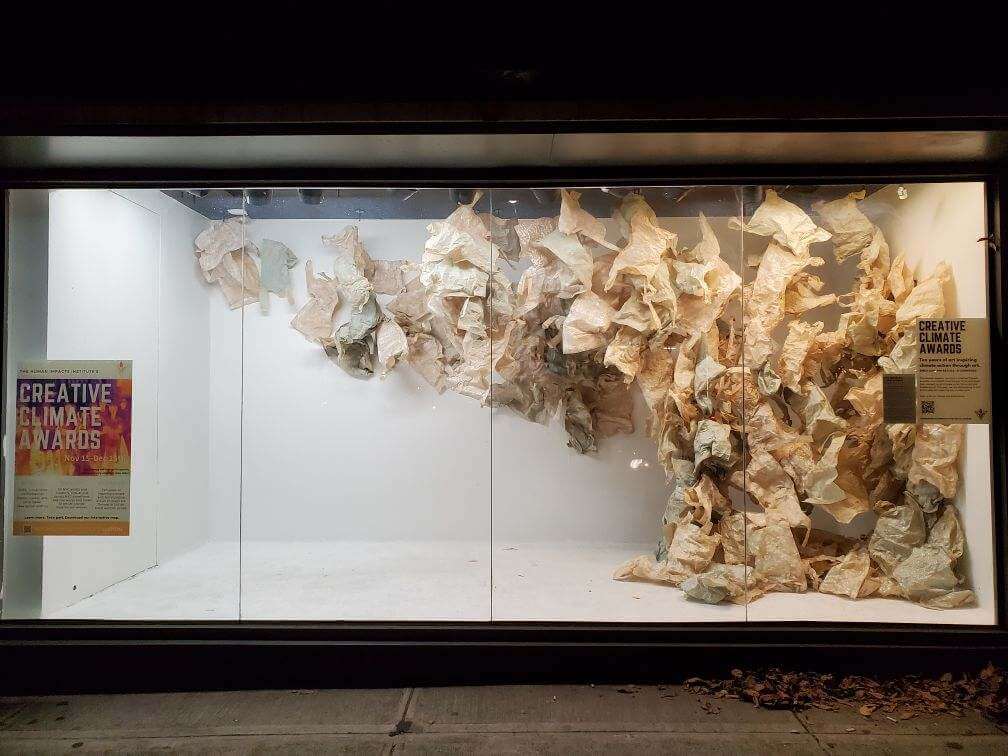 Changing the face of public art: Tara DePorte and the Creative Climate Awards

Tara DePorte is at the helm of the Creative Climate Awards, an annual celebration that activates arts and public spaces with an intent to draw attention to the climate crisis we’re living through today. The Creative Climate Awards is a program of The Human Impacts Institute. Since 2010, Tara has worked with performers, visual artists, muralists, dancers and everyone in between to bring distinct lenses and perspectives on environmentalism all over the world.

However, as we’ve all heard, wrote and said before, 2020 was different. Yet amidst the pandemic, Tara still believed that it was important to bring these works to the forefront as the spread of the virus made our shared planet, resources and humanity all the more clear. “We decided to bring the Creative Climate Awards back home, really, to New York City where it all started in 2010,” says Tara, “and we worked with exclusively local New York-based artists, pouring our energy, resources and passion into our hometown, and one of the cities hit hardest by the pandemic.”

It’s not news to anyone that NYC was one of the epicenters of the virus, but one of the chief consequences of the lockdown was its impact on the arts. New York is a cultural capital of the world, a city that brings together a stunning combination of performance, visual arts, museum curation and gallery spaces that doesn’t exist anywhere else in the world. Yet the city relies on public goodwill and private donors to survive, as unlike other countries, the arts are sorely underfunded by our federal government. When the doors of Lincoln Center’s stages closed, and when the Chelsea galleries were boarded up with plywood, that was the end. Or so it seemed.

This fall, the city was reactivated. Tara and her team worked tirelessly to not only bring art installations to the streets of New York — all five boroughs — but streamed amazing amounts of virtual and digital content, from lectures and panels to interviews and conversations between artists, scientists and policymakers. “Critical engagement with the science, the data itself, was crucial for my artistic pursuit this year,” Tara says. In this way, the work is not only beautiful, but truly impactful. “The work starts when we bring people together to face solutions head-on.”

Celebrating one decade of CCA, Tara is still as involved as she was that first year, calling up her friends and filming. Interviewing people, engaging with changemakers, and offering real opportunities for artists to make meaningful statements and connections through their work is a multi-level effort. But with a committed team and spirit, Tara DePorte has brought her vision into a new decade, despite it all.

“We brought the art back to the people, back to the streets,” she says. “By taking away the glass door of the gallery, I saw so many unexpected conversations take place. Whether in the park or over Zoom, people were connecting, and working together towards real change.”