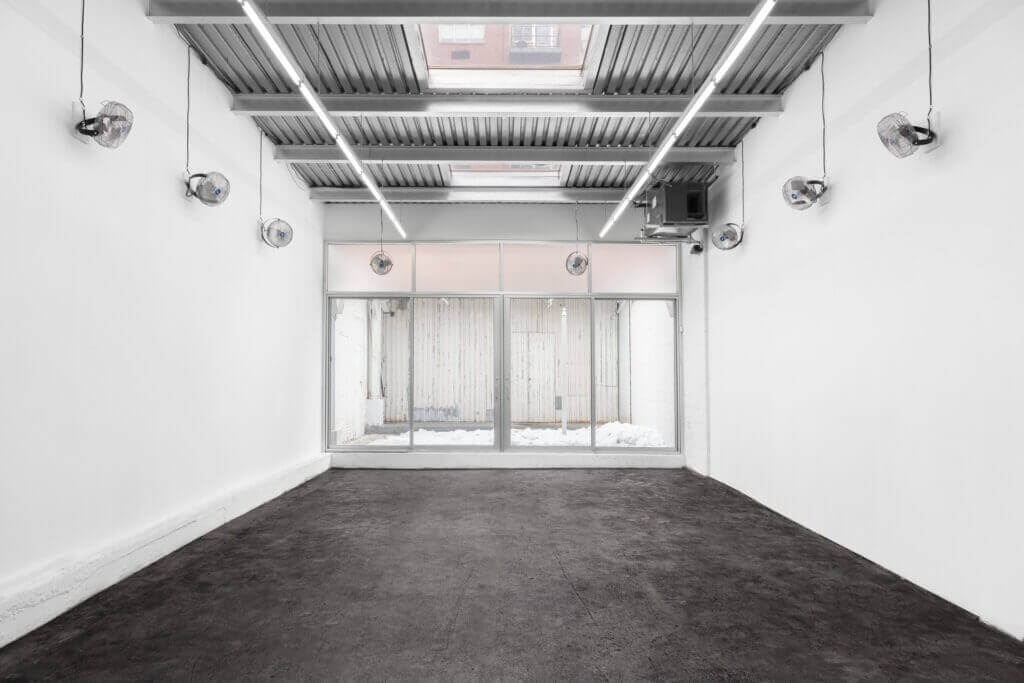 “…In that Empire, the Art of Cartography attained such Perfection that the map of a single Province occupied the entirety of a City, and the map of the Empire, the entirety of a Province. In time, those Unconscionable Maps no longer satisfied, and the Cartographers Guilds struck a Map of the Empire whose size was that of the Empire, and which coincided point for point with it. The following Generations, who were not so fond of the Study of Cartography as their Forebears had been, saw that that vast Map was Useless, and not without some Pitilessness was it, that they delivered it up to the Inclemencies of Sun and Winters. In the Deserts of the West, still today, there are Tattered Ruins of that Map, inhabited by Animals and Beggars; in all the Land there is no other Relic of the Discipline of Geography. – Suárez Miranda, Viajes de varones prudentes, Libro IV, Cap. XLV, Lérida, 1658.”  (image courtesy of Daniel Greer and Spencer Brownstone Gallery)

Three weeks and 150 graphite sticks later, the drawing was finally finished. Artist, critic and curator Mira Dayal spent dozens of hours kneeling, rubbing and smudging shiny filaments of graphite meticulously into the unfinished concrete floor of the Spencer Brownstone Gallery. The resulting 1:1 work is a map of the gallery itself, rendered with not impossible, yet absurd, accuracy.

The prolix exhibition title Dayal chose is the entire 150-word short story by Jorge Luis Borges, “On Exactitude in Science,” published in 1946. (I’ve shortened it for this piece to “…In That Empire,”) The story recounts the undertakings of the Cartographers Guilds, hard at work within a mythical empire, tasked with creating a map so accurate that they drew up a document “whose size was that of the Empire, and which coincided point for point with it.” Far from being praised by the people of the empire, however, later generations saw the ultimately inutile work for what it was: “useless”, and not without a certain “pitilessness.”

This generational gap is an apt point of departure for looking through Dayal’s work. As observers of the past, we have the privilege of seeing much of modern technology rendering the experiments that came before useless, or pitiful, in the face of what we now know. Dayal researched medieval mapmaking, studying how early cartographic aesthetics not only offered information on the places they depict, but also the technological and artistic evolution of the cultures that created them. These maps are intricate drawings, evoking myths with rapt attention to color and shade. But there’s also an architect-like engagement with scale: the element missing in Borges’ tale. While Dayal’s exhibitions have a common lineage of engaging with a gallery space itself as architecture, or sculpture, she says that “everything is grounded in the act of drawing. The pulling of a line, the depositing of a pigment to paper.” Looking through this lens, “…In That Empire” is a show that bridges the gap between Dayal’s root rituals as a creative and the spatial confluence she’s refined over several years.

The 2D and the 3D come together here as Dayal engages the gallery with the eye and aptitude of an architect, putting herself at an intersection the mythical cartographer once claimed. We usually see architecture’s most basic purpose as protecting those within from the elements. Yet here, Dayal welcomes the wind in, not through an open window but through cage-type fans: These fans may be on when you visit, they may not. Most likely, one or two will be going, their direction and force dictated by clever circuitry embedded in the centerfold of the show — a sculptural weather vane in the gallery’s backyard, an ancient head of The Wind like Dayal found on many medieval maps. Topped with flowing hair, the Wind’s lips are pursed and blowing the breeze around the world as easily as if extinguishing a birthday candle.

Dayal’s creation of a total space-as-artwork is beguiling in the ways it exposes gallery-goers’ expectations for looking: For the artist, there is a difference between seeing and experiencing. There are no paintings on the walls, no explanatory texts or objects on plaster podiums. The gallery space itself is both art object and container.

Objects “…In that Empire” take up space less for the purpose of filling it, and more so to make us realize what isn’t present in the expected places. We have come to understand that a Gallery looks like something that can be replicated infinitely, given enough empty space, some walls and white paint. Galleries in this imagination are like hotels, or train stations: they’re transitory, only useful if and when they’re filled with something, anything. The filling is also, by nature, transient. A gallery wouldn’t be a gallery if we didn’t also expect the movement and refreshing of content within.

The show truly stuck with me — the hand-ground graphite sticking to the base of my rubber-soled boots for days afterwards. Mira even showed me a little divet in the wall where she kept a stash of extra graphite. Her drawing, her map, is far from preserved behind glass and monitored by guards. It’s a sculpture that’s meant to be engaged with, and through that engagement, degraded; changed inevitably by human interaction like a Felix Gonzalez-Torres sculpture, or the rubbing of a statue’s nose by hundreds of hands seeking good luck. However, as I was wiping the soft, silvery black off my own boots, I couldn’t help but wonder: how will the gallery de-install this show? How will all this graphite, so fine and so engrained, be fully removed from the unfinished concrete it’s bonded to? Maybe it will remain for quite a while, in the cracks, no matter how thorough a power washer may be.