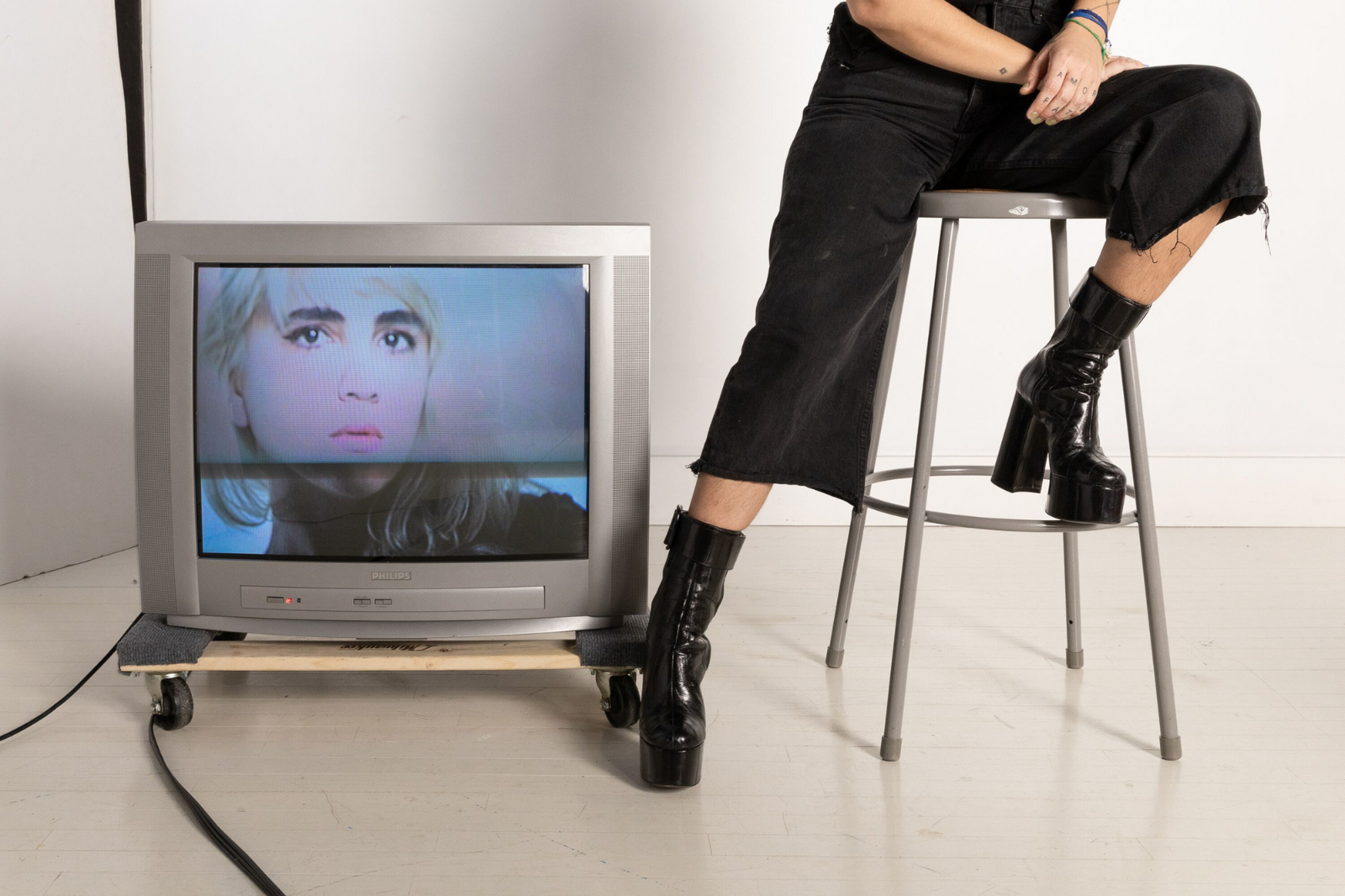 As Carla continued creating work that highlighted indigenous activism and responded to deforestation in Brazil, she realized there was more she could do to support on-the-ground efforts. While speaking with her studiomate Sara last fall about putting on a fundraiser show to benefit APIB and Sonia Guajajara, Efrem Zelony-Mindell, who at the time was curating the exhibition Tangents at SoMad, overheard the meeting and chimed in, eager to help. He knew a few Brazilian artists who would be interested in participating, and had a curatorial background that would prove useful for organizing the show.
“Y’know I’m not a curator per se,” Carla said. “I can look at work, I can make sense of it, I can put things on the wall, but I don’t have experience with it. So it was nice getting his [Efrem’s] experience and my knowledge of Brazilian culture and Latinx culture.” Carla and Efrem reached out to artist friends and put out an open call for works by Latinx artists to be exhibited at SoMad, with 50% of proceeds for works sold going directly to APIB. Nineteen artists are included in the exhibition, whose works range from photographs to sculptures to paintings. One of Carla’s photographs, Self-Portrait Over the Bridge, taken during her time in the Amazon, is featured in the show. It depicts Carla’s reflection in the water: a blurry, abstract portrait that swims in heat and electric blues. “That’s how I look at the Amazon forest right now: moving, and blurry, doesn’t really make sense,” says Carla. “But there’s still the idea of wanting it to be there, and remembering what it looks like, but not being able to see it very much.”
The exhibition, titled FOGO!, is an embodiment of the resilience and the relentless spirit of environmental activists fighting to preserve their ancestral lands. “Fogo” translates from Portuguese to fire in English. “We’re not trying to showcase works about fire,” Carla clarified. “We’re just trying to showcase work from Latinx people that don’t have a lot of representation and opportunity here [in the US] and in New York…There’s a lot of personal work in the show that addresses the cultural background of Latinx in general, and whatever that means: religious, personal, portraiture, paintings…the works are very much about what it means to be Brazilian or South American right now.”
Carla and Efrem have collaborated on a multi-layered, politically relevant exhibition that brings together artists from Argentina, Bolivia, Brazil, Chile, Colombia, Ecuador, Mexico and Puerto Rico into one room. FOGO! offers viewers multiple windows with which to understand the current political and environmental climate across Latin America. It is a must-see for anyone who cares about the Amazon, the environment, and indigenous communities around the globe.
Just before we finished the interview, I asked Carla one last question: does she believe the world can be saved from environmental collapse?
“Yes,” Carla responded. She sighed. “Still hopeful.”