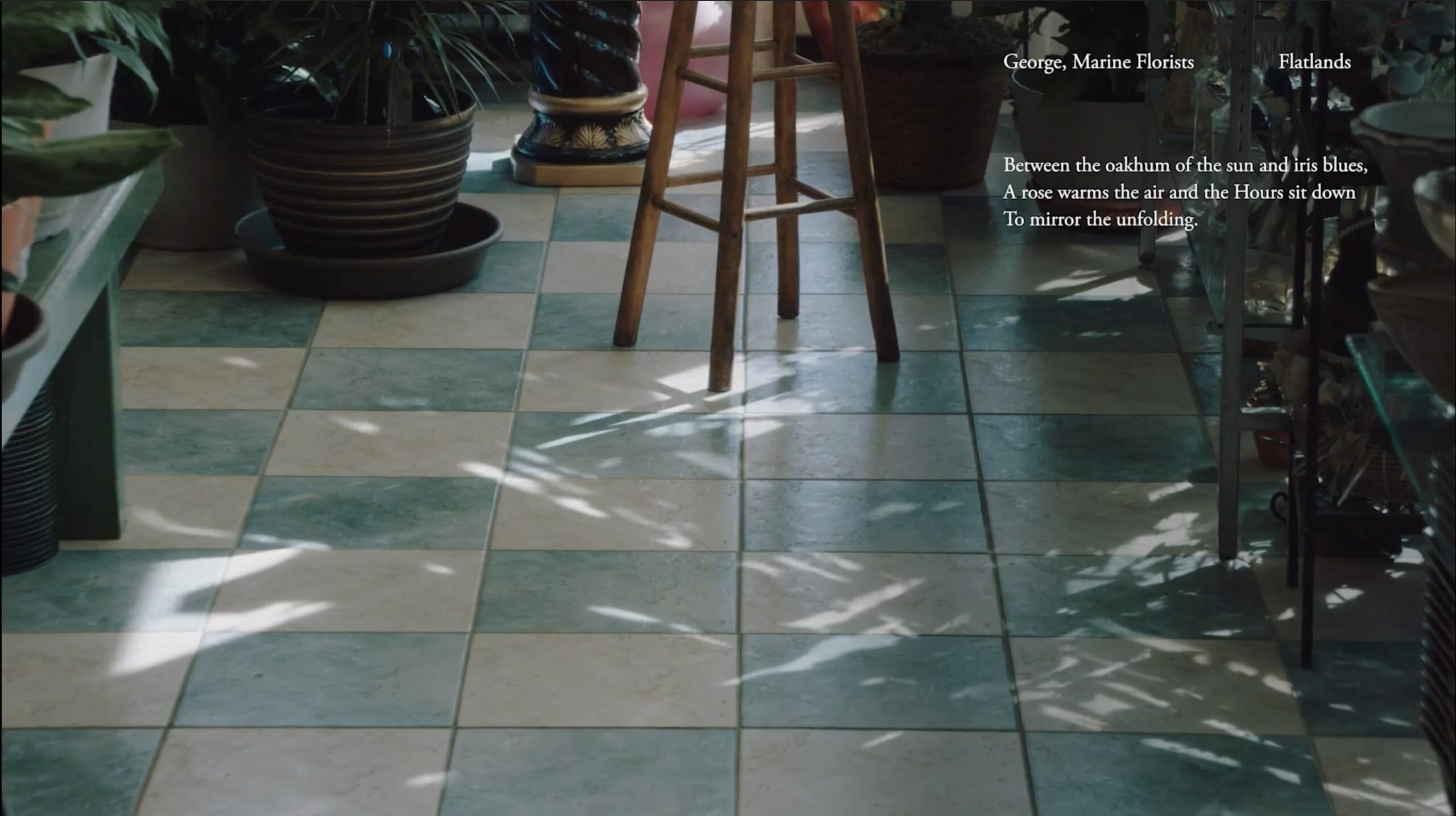 The Shed arts center opened in the spring of 2019 in Hudson Yards, a megadevelopment that ate up $25 billion dollars. This kind of rapid development and pushback is endemic to New York. Yet despite the unremarkability of the architecture or the complacency inherent in the development’s origins, The Shed uses a portion of its grandiose funding each year to spread the limelight to emerging, early-career artists in its Open Call show.

I had the opportunity to see the  second Open Call in person this year, and chat with three of the up-and-coming artists showcasing new work in the “shapeshifting” space. Much of the program features NYC born-and-based artists thinking through the frantic push for change in the city, so blatantly manifested in their venue. Some, like researcher/visual artist Ayanna  Dozier and sculptor Anne Wu, turn their attention to how the constant flow of capital manifests in the city’s built environments. Others, like poet Cindy Tran, aim to interrupt it by focusing on the articulation of individual histories. The 27 installations featured in the second Open Call, showing until August 1st, were selected by 50 working artists, curators, programmers, and critics. I interviewed the above three artists—Ayanna Dozier, Anne Wu, and Cindy Tran—whose work I felt illustrated the show’s thematic undercurrent. I was relieved, after finding myself in spaces packed once again, feeling both without my bearings and giddy familiarity at once, to speak to artists whose installations were born of the desire to cleave space in an ever-shifting city. To appreciate or listen requires a presence that the artists of Open Call make possible.

Anne Wu is from Queens, the most diverse borough of New York City, and the pieces she builds out of stainless steel celebrate immigrant architectural style. Wu’s idea of community is thoughtful: She describes it as an entity “based in personal responsibility,” and thus took care to collaborate with a Flushing-based steelworker for these planes of crisscrossing plastic and metal. Exposed construction foam and primary-colored plastic adorn the steel beams, rendering the latter material playful and convertible—a site of “adaptation and innovation,” hallmarks of the optimistic, if often hurried, tenements, rowhouses, and apartment of migrant communities. Wu insists on representing the diasporic experience as “always shifting, sometimes traceable, sometimes not,” and certainly irreducible to a genre or archetype.

Steel—the building block that made up the gates and fences of her hometown—is a sign of home to Wu, but also a symbol of modern-day Chinese industry. The material’s place in her works show us these delicate shifts in context and association. The steel beams of a building like Hudson Yards, in contrast, are unfamiliar to Wu. We laughed at the occasion of her seeing an outdoor Soul Cycle class there, in vigorous action; it was the first time.

Writer Cindy Tran protects the specificity of her collaborators, and her own ideas, by refraining from translation. She leaves the captions to her sonnets, inspired by conversation with fourteen New York business owners who stayed open during 2020, in the language the shop owner is speaking. Each of Tran’s sonnets is read aloud by these interviewees in a short film, continuously looping, in the Shed’s gallery space. Tran’s act of resisting the standard of English translation allows her poems to approach the “full richness” represented by the people—who Tran calls “vital organs”—on camera, and their very real experiences of economic struggle, duty and sacrifice. Language offers a grounded connection, rather than paring the spoken immigrant stories down with English approximations.

I mentioned Wu’s work and conception of community in conversation with Tran, and she agreed: She, too, thinks of responsibility as the currency of community. When an interviewee objected to one line, Tran changed the form of her sonnets to accommodate an appropriate edit. She even texted me after the interview, worried about revealing something too personal about somebody involved in her project. In other words, the community care in each artistic expression is palpable. Her work is inspired by the freneticism of New Yorkers, and she spoke with wonder about our rawness (though maybe not “raw”—she struggles to find the right word for the difference), and her belief that people in this city collide like nowhere else.

Cities of the Dead

In Cities of the Dead, Ayanna Dozier reinvigorates Negro Coney Island, an amusement park for Black New Yorkers planned by millionaire Solomon Riley in the ‘20s, but soon after condemned by the city. Dozier wants people to know the park’s history: that Riley did build the park, including a dance hall and boardwalk, but the city halted construction and acquired the property due to fears that incarcerated men nearby would escape on the motorboats ferrying guests to the island. This history was lost as the land became associated with death, not play: The site became a household name in the 80s when New York City, panicking, buried the first AIDS victims on what’s now known as Hart Island, sequestered under several more feet of dirt than usual.

Dozier discusses her work as experimental, but not abstract. The idea that “history gains power through enactment” is at the core of her research and arts practice. So, in her short film, “Solomon Riley Presents Negro Coney Island” the park is reimagined, yet not necessarily in the 1920s. Through Dozier’s lens, Solomon is brought into the present day. Dozier also displays photographs that she made of the shore of the Hart Island where Negro Coney Island was supposed to host visitors. Now, the island is an overflow gravesite, where either tens or hundreds of thousands are buried. You cannot tell that those human beings are buried on the island from Dozier’s photos, and there’s no trace of an amusement park. The photos are subtle, the faded, grayish purples and blues layered together, but distinct. The low contrast means the prints didn’t leap off the wall, but rather invited me in, closer, to view them. “Who”, asks Dozier, with her photographs’ murkiness, “has a right to ruins?” She spoke of this artmaking, exposing these photos, as “giving the ancestor a body.” Instead of translating history with art, she thinks of “animating” it, so that history can speak its own anxieties.

Whether the installations at Open Call, with rotating multimedia performances all summer long, create space to mourn, space to not understand or grasp, or space to rework the past, The Shed’s current catalog takes care to bring some hesitance and stillness to a neighborhood representative of New York’s usual forward progression.

Bessie Rubinstein is a Brooklyn-based culture critic. Her work has appeared in Interview Magazine, Another Gaze Journal, and other publications. She is currently an active member of the Full Time Tenant Union and Socialist Alternative, and is pursuing a Master’s degree in experimental publishing and criticism at the New School for Social Research.